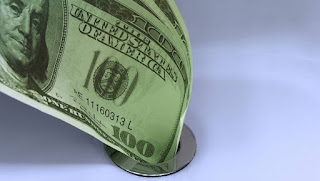 If you missed yesterday's episode of Money Talks on Mississippi Public Broadcasting, it was Open Topic Day. Nancy helped callers with questions and comments about how to choose which employer plan to prioritize, how to set up an IRA if your employer doesn't provide one, Roth IRAs, and the 13th check. You can listen to the episode online here: http://www.mpbonline.org/blogs/money-talks/2016/09/27/money-talks-open-topic-day-2/.
Posted by Unknown

Today we look back at a Midday Money segment with Nancy from April of 2014. The topic: BANK FEES.  https://youtu.be/iVI1l_TbftY 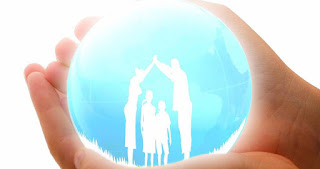 MPACTing the Cost of College in Mississippi

Saving for college is an immense task for students and parents. The many rules around Federal Student Aid can make it hard to figure out the best way to pay for school when you have a lot of options. One of the most important tools is the 529 plan.

Each state operates a 529 plan which is a tax advantaged vehicle for paying for college. In Mississippi our plan is called MACS - Mississippi Affordable College Savings. How most of them work is something like a 401(k) retirement account: There is some state tax incentive to put money in, it is invested and grows tax free. What makes it even better is that the money withdrawn is not subject to Federal Income Tax when it is spent on qualified education expenses. General limitations of 529 plans involve the gift tax allowance, but each state's plan has different state income tax rules as well. We help a lot of clients set up these accounts (the State runs the plan) and are pretty familiar with them.

Mississippi has another, more rare, type of plan as well. The Mississippi Prepaid Affordable College Tuition (MPACT) does basically what it says on the tin - you can pre-pay college tuition for your child or grandchild. This allows you to lock in tuition rates now before they get out of control later. This type of plan is on the way out in most places, and only still exists in a small handful of states. It is, however, a very attractive plan if you want the confidence in locking in future tuition payments.

The trouble with these types of plans, and the reason that they are not common anymore, is that they rely on actuarial assumptions that just haven't held up. Assumptions about costs of tuition were too low and rates of return were too high, leading to a gap in the funded level of these plans. MPACT itself is short about $127 Million dollars. This is an obligation of the state, but the legislature has yet to fund it.. Speaking with Treasurer Fitch afterwards, she said that another possibility would be shifting the burden to the schools themselves.


It is important to note here that if you participated in MPACT at any time your contract will be honored. MPACT is backed by the full faith and credit of the State of Mississippi. You will get what you paid for.

At one point, MPACT froze new contributions while they figured out how to revise rates to ensure the solvency of the program. While this type of plan is disappearing, it is good that Mississippi is maintaining this option for the time being. While she would not say we are committed to the plan, Fitch said that they are continuing to evaluate how they can keep this important option available to Mississippians.

One of the really neat innovations Treasurer Fitch mentioned is bringing on the ability to buy single credit hours through MPACT or gift cards through MACS. We often have grandparents who want to contribute to their grandchildren's education but don't know the best way. Making gifts of individual credit hours would be a really interesting option.

Each of these options is a great tool for college and financial planning. The websites offer pretty clear information, and your financial advisor should be able to show which route is best for your situation.
Posted by Ryder Taff, CFA 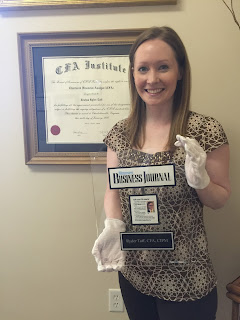 The latest episode of our weekly podcast, Friday Wrap, is out! Listen to Episode 7 here: 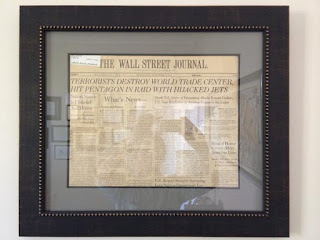 This Sunday will mark fifteen years since 9/11.  Most of us remember exactly where we were and exactly what we were doing when the first plane struck. I was sitting in French class.

Today's throwback is a newsletter Nancy wrote in the fall of 2001 when fear was prevalent and the enemy was, as it remains, faceless. She writes:  "Who is our enemy? Our very own fear. And that fear will only be calmed with time. We are, after all, people with short memories."

Yesterday, Jackie heard on a podcast that this is the first year that the entering class of high school freshmen were, for the most part, not yet born as of that September morning. It is a tragedy that happened before their time. And so it is through our memories that they learn about that day and how to move past that fear.

A couple of years ago, I visited New York with my daughter. We had a great time! We went to two Broadway shows, attended an opera, hung out in Central Park, and visited Wall Street.

I bought a book on Skyscrapers and carried it home on the plane, which was not an easy task since the book stands about 18 inches tall. I hardly noticed the World Trade Center buildings when I was there. They were tall and not very attractive... not like the Empire State Building. But they were symbols of our great financial markets. And now they are gone. I cry when I look through my book.

September 11th sent shock waves through an already struggling market. But the markets showed incredible resilience rather than the panic that was expected. Since then, we have seen steady gains. But fear is ruling the market now. Each time a new anthrax scare is announced, the ticker begins to tumble.

Fear keeps us at home. It keeps us out of the malls. What will happen next? Will we have jobs tomorrow? Will we be alive tomorrow? Fear translates to uncertainty. And it is uncertainty that hurts financial markets.

Who is our enemy? Our very own fear. And that fear will only be calmed with time. We are, after all, people with short memories.

Already, I see more people in the shopping mall. More people heading to the airport. Consumer spending is down but certainly not out. The question is how long before we return to our old ways.

My latest Fortune magazine states, "...it's a simple historical fact that the typical post-World War II U.S. recession has lasted between eight and twelve months. The natural tendency of a capitalist economy is to grow..." But, first, we must overcome our fear.

Nancy on Money Talks: Generic or Not? 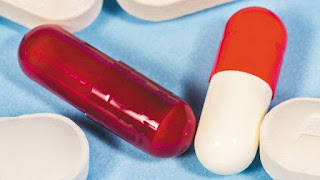 If you missed yesterday's episode of Money Talks on Mississippi Public Broadcasting, feel free to catch up online! Follow the link, and listen to the latest show:  http://www.mpbonline.org/blogs/money-talks/2016/09/06/money-talks-generic-or-not/.

Yesterday, Nancy was on WLBT's Midday Mississippi program for her segment, Midday Money. She gave viewers tips on how to start saving for your child's college education. 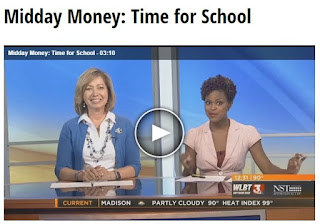 
This Thursday's throwback is an article Nancy wrote in her Mississippi Business Journal column in the fall of 1999--back to when we were all stockpiling for Y2K, Nancy was sharing her saving and spending guidelines.
http://www.piggyplanit.com/#!TBT-Saving-spending-rules-imperative/b6954/57c99029c750093bcdbe5ffc 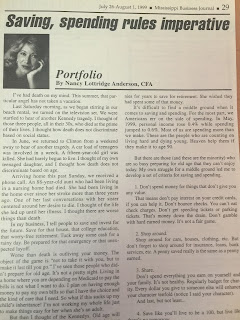 I've had death on my mind. This summer, that particular angel has not taken a vacation.

Last Saturday morning, as we began stirring in our beach rental, we turned on the television set. We were startled to hear of another Kennedy tragedy. I thought of those three people, all in their 30s, who died at the prime of their lives. I thought how death does not discriminate based on social status.

In June, we returned to Clinton from a weekend away to hear of another tragedy. A car load of teenagers was involved in a wreck. A fifteen-year-old girl was killed. She had barely begun to live. I thought of my own teenage daughter, and I thought how death does not discriminate based on age.

Arriving home this past Sunday, we received a phone call. An 88-year-old aunt who had been living in a nursing home had died. She had been living in the home ever since her stroke more than three years ago. One of her last conversations with her sister centered around her desire to die. I thought of the life she led up until her illness. I thought there are worse things than death.

In my business, I tell people to save and invest for the future. Save for that house, that college education, that worry-free retirement. Tuck away some cash for a rainy day. Be prepared for that emergency or that unexpected layoff.

Worse than death is outliving your money. The object of the game is "not to take it with you, but to make it last till you go." I've seen those people who didn't prepare for old age. It's not a pretty sight. Living in a home where you are depending on Medicaid to pay the bills is not what I want to do. I plan on having enough money to pay my own bills so that I have the choice and the kind of care that I need. So what if this sucks up my child's inheritance! I'm not working my whole life just to make things easy for her when she's an adult.

But then I thought of the Kennedys. Old age will never come to them. They didn't need that retirement nest egg. They didn't need life insurance since they had no children. And I thought of my father-in-law who dropped dead of a heart attack at age 56. I remember my mother-in-law talking about how they had pinched pennies for years to save for retirement. She wished they had spent some of that money.

It's difficult to find a middle ground when it comes to saving and spending. For the most part, we Americans err on the side of spending. In May, 1999, personal income rose 0.4% while spending jumped to 0.6%. Most of us are spending more than we make. These are the people who are counting on living hard and dying young. Heaven help them if they make it to age 90.

But there are those (and these are the minority) who are so busy preparing for old age that they can't enjoy today. My own struggle for the middle ground led me to develop a set of criteria for saving and spending.

1. Don't spend money for things that don't give you any value.

That means don't pay interest on your credit cards, if you can help it. Don't bounce checks. You can't eat check charges. Don't get speeding tickets or parking tickets. That's money down the drain. Don't gamble with hard earned money. It's not a fair game.

Shop around for cars, houses, clothing, etc. But don't forget to shop around for insurance, loans, bank services, etc. A penny saved really is the same as a penny earned.

Don't spend everything you earn on yourself and your family. It's not healthy. Regularly budget for charity. Every dollar you give to someone else will enhance your character tenfold (notice I said your character).