The Federal Open Markets Committee is the part of the Federal Reserve that handles monetary policy. When you hear about the Federal Reserve raising rates, lowering rates, buying bonds, or launching another program of quantitative easing, this is the group in charge. They meet regularly throughout the year and look deeply at economic data. From that data they decide if money needs to be easier or harder to get, to either slow down or step up the economy.

Generally they target the shortest term interest rates: overnight rates. Large banks fund their operations by borrowing what they need on an overnight basis, so it is a quick way to influence banks and get money into, or take money out of the economy. On the other hand, consumers, businesses and the Federal Government borrow money for generally longer terms. If you have a mortgage, for instance, it's probably a 15 or 30 year loan. Lowering short term rates is great for the bank, and encourages them to lend to you, but it doesn't directly make your 30 year loan cheaper.

Now the Federal Reserve is talking about controlling the yield curve even more. This means that they would be targeting specific interest rates for different loans by maturity or borrower. While traditionally they have only bought Treasury bonds issued by the Federal Government, in QE they stepped out to buying government agency bonds and they have now started buying corporate bonds. In short, they are directly lowering borrowing costs for everyone!

What do lower interest rates mean? Lower interest rates mean it is cheaper to borrow the money used to buy homes, build factories, invest in infrastructure or fund government spending. Those are all big ticket expenses that support the economy through current spending and investment for the future. On the other hand, the cheaper it is to borrow, the more money is chasing the same goods. While money is an important part of the equation, the other side needs to be addressed too. We still need more houses and more people working and more raw materials to make those investments.

The Federal Reserve has a strong hand on an important lever, but the economy is much more complicated that just that.
Posted by Ryder Taff, CFA

I have a friend who convinced me to stream The Walking Dead. I tried, but all those zombies were a bit much for my taste. But my ears perked up when I listened to conversations about the rise of zombie firms. Zombie firms are those that are still operating and generating revenue but not enough to service their debt. In a normal, healthy economy, those firms would die a natural death. But we’re not in a normal, healthy economy. 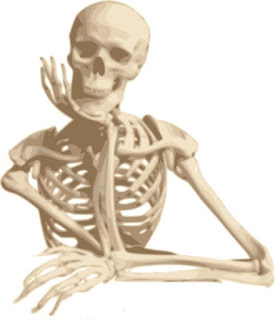 The Federal Reserve is throwing everything at this crisis. They are pushing interest rates down, making debt more appealing. They are buying corporate bonds to prevent defaults. They are pumping up liquidity in any way possible to get us through this pandemic. And that is exactly what they should be doing, but it’s creating more zombie firms.

Creative destruction is an economics term that describes the dynamic process in a capitalistic system. Old ways, old ideas, old companies are constantly being shed or destroyed. New, more efficient ways arise from the ashes. Innovation comes about when outdated firms are allowed to die a natural death.

Right now, we’re in a Walking Dead type of economy. The Federal Reserve is propping up a lot of zombie firms, but that is exactly what needs to happen… for now. First, we need to get through the pandemic and its economic damage. Then those firms who are no longer viable can die. And many will, all at once. So for all the headlines about bankruptcies and doors closing, there are many more zombies out there waiting to take their last breath. When this is all over, expect a lot of destruction, but that will be followed by a burst of innovation and creativity. Watch for the live ones!
Posted by Nancy Anderson, Ph.D., CFA