Let The Sunshine In!

For quite a while, I’ve been interested in solar. Fifteen years ago, when I began investigating, there was no one in Mississippi selling or installing solar systems. It seemed just a pipe dream.

Lately, more and more companies are popping up to provide this service. So I decided it was time to get serious. The other thing that pushed me to pursue this option was the lucrative tax credit offered on a solar installation and the fact that this credit was disappearing at the end of the year. 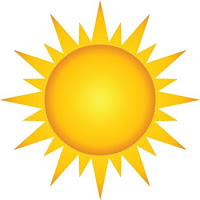 I had to convince my husband to go down this path. Wouldn’t the panels on the roof of our house detract from its appearance? Would future buyers really care about having solar panels? Did this really make financial sense?https://www.nerdwallet.com/blog/finance/save-money-putting-solar-panels-roof/

We met with two different companies. The first was all sales. There was no schematic showing where the panels would be located. No spreadsheets showing usage and payback period. Just a promise that the sun would provide ALL our electricity, and we would only pay a small connection fee each month. Wow! That sounded great.

Of course, we were told if you couple the two, you may be able to get the tax credit applied to BOTH the panels and the roof. That sounded appealing. What is the tax credit, and when does it expire? It’s 30% of the cost, and it IS a credit, not a deduction. That means a dollar for dollar savings on about a third of the project. To qualify for the year-ending tax credit, I would need to sign up quickly (or so I was told).

You are only supposed to take the credit on roofing for the portion of the roof actually under the panels. And in order to get the full advantage of that credit, you need the income (and the tax associated with it) that is big enough to offset that 30% break. Many retired people don’t have enough tax to pay now to take full advantage. Again, a change in calculus.

The second guy showed up with a laptop full of charts and graphs. He pointed out the direction the house was pointing, how the sun changes during the year, and the many shade trees surrounding our roof. He climbed on the roof with his many gadgets to verify his estimates. Full electricity? Not so much. He expects we could supply about half of our electricity with solar, and this would take many more panels than the first group suggested.

And now we’re confused. I really wanted to go solar. It seems like a great idea. We would be using a renewable resource. If the power company keeps getting rate increases, won’t that eventually pay off?

Turns out our payback period would be about 12 years, under a generous set of estimates. Also, we would have to load up our roof to get the most of the system. My husband is shaking his head now. Ultimately, the overall cost of panels and a new roof was now hitting the $40,000 to $50,000 range. Even with a generous tax credit, the dollars made my head spin.

One caution—many solar companies sell customers on a system by offering financing that matches what you were paying on an electric bill. Sounds good, right? But the rate on those financings is in the 7-8% range—not cheap! Also, what happens if you sell the house before you pay off the loan? Maybe you move, but you still have to pay that monthly bill.

We planned to pay the full bill up front to make this a purely economic decision. The problem we encountered is that our electricity is pretty cheap. The price per kilowatt in our area makes going solar unreasonable. I tried. I really tried, but in the end, it just didn’t make sense.

So we’re not going to spend $40,000 to $50,000 on an environmentally friendly and sustainable source of energy. We’re not going to be the progressive family in the neighborhood doing our part on climate issues. I had to give up my pipe dream.

Instead, I’m going to redo the kitchen.