Tidying Up My Desk Part 1

I was knee deep into a spreadsheet when I caught a movement out of the corner of my eye. I looked up in time to see a stack of magazines cascading off my desk!

My magazines have stacked up over the past several months. They range from moderately spammy finance magazines that show up in our mailbox to legitimate publications like The Economist or Bloomberg. I didn't have time to read them as I was working from home.

Back in the office, I will tackle that pile. I can't bear to just throw away all of that accumulated knowledge, so I need to read them. I will select a random magazine, flip through it and summarize an article. I'll make this into a series and maybe we will learn something along the way... 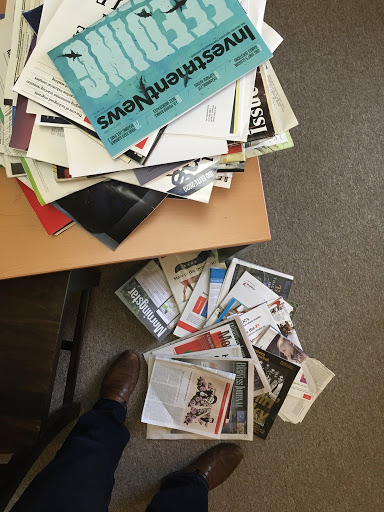 The first magazine I selected is the Economist. Embarrassingly, this is from November 23rd, 2019. I guess I didn't get to read this as I was taking a family road trip for Thanksgiving. That's my excuse anyway. The cover is a rather intimidating image from the protests that were in full force in Hong Kong at the time. 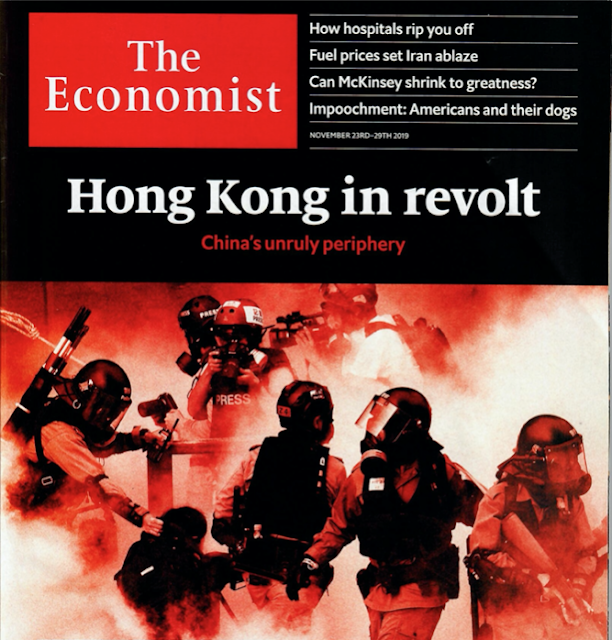 I was drawn to Impoochment: Americans and their Dogs This resonates well in our office, particularly as of late when Joseph has been bringing his dog George along most days.
While it is fairly well known that Americans are obsessed with their pets, dogs in particular, this article gives detail, context and history to that obsession. Twenty Five Million people were expected to watch the National Dog Show in Philadelphia after the Macy's Parade on Thanksgiving; and the pet products industry generates over $70 billion a year!
What I found most interesting was the history and current evolution of our pet preferences. The growth of our dog obsession was tracked down a surge in the usage of the word "pet" to the 1950's and 60's. Initially, they say, pedigree dogs were the most sought after pets as distinctive breeding represented a triumph of man over nature. Now, "Randomly Bred Dogs" (or, mutts, as we know them) are move popular. Interestingly, the interstate trade of rescue dogs is smoothing regional differences as states where mutt's are plentiful (like Mississippi) export dogs to Northeastern cities where they are in demand. Having had a friend in the pet rescue business, that was always interesting to see her shipping dogs and cats far away from here - and now I know why.
Some Americans take their love for pets to another level. Many pet-owners will call themselves as dog-parents or refer to their pets as their children. This article shows just how important pets are to us. 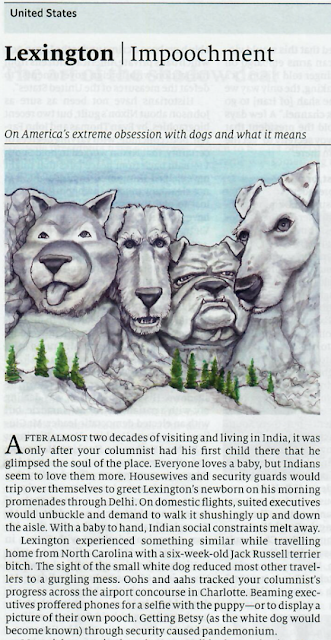 With consumer spending on pets so high, there are opportunities for saving and investing. Local business are catering to "higher-end" pet accessories, apps like Rover connect you with local pet sitters and you can even buy a pet care index fund!

Thank you for reading along with me! Check back later to see what magazine we are reading next...